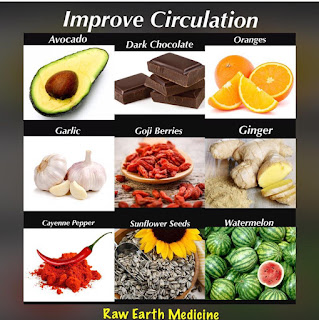 Circulation is very important to maintaining our health! Improving your circulation can reduce your risk of heart attacks and strokes, as well as reduce the symptoms of arthritis and diabetes. Here's a great list of foods that will improve your circulation!
1. Avocado
Avocados contain heart-healthy omega 3 fatty acids which research has shown to support the cardiovascular system and increase blood circulation.
2. Dark Chocolate
Cocoa contains flavonoids which is naturally found in plants and fruits and has been well linked to improving blood circulation. A study published in the Circulation Journal showed that dark chocolate rich in natural flavonoids improved blood circulation when compared with white chocolate with no flavonoids.
3. Oranges
Oranges and citrus fruits high in vitamin C are natural blood thinners and are believed to help strengthen capillary walls and prevent plaque build-up which is a leading cause to poor circulation.
4. Garlic-
Garlic has many uses and one of them is it cleanses the blood and helps prevent plaque build-up. Other foods in the bulb group such as radishes, onions and leeks are also good at stimulating blood flow.
5. Goji Berries -
These delicious berries are high in fibre to help boost the immune system as well as increasing blood circulation.
6. Ginger -
Ginger is known for helping nausea and digestion problems as well as increasing blood circulation.
7. Ginkgo Biloba -
One of the world's oldest surviving tree species, Ginkgo biloba dilates blood vessels and in doing so increases blood flow. It is also thought to increase blood flow to the brain.
8. Watermelon -
Watermelons are rich in lycopene which is a natural antioxidant linked to improving circulation. Lycopene is a natural pigment which gives certain foods their reddish color.
9. Cayenne Pepper -
Cayenne has been associated with increasing metabolic rate and strengthening arteries and blood vessels.
10. Sunflower seeds -
Sunflower seeds are rich in vitamin E which is shown to help keep blood clots from forming which  helps improve circulation.

Posted by Amy Michelle at 9:30 PM No comments: 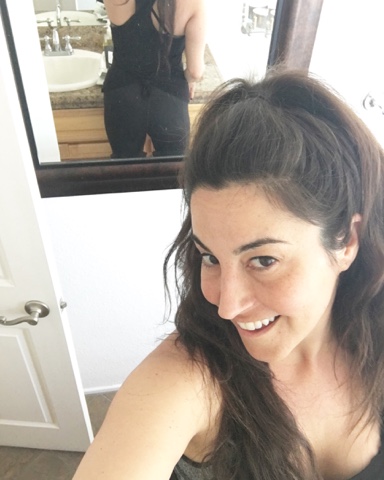 "My style is wild and you know that it still is

Disco bag schlepping and you're doing the bump

In the last few weeks I've been shakin' my rump and working very hard at reversing the muscle atrophy in my booty and my left leg from my hips surgeries and recovery over the last 4 years. Having my bones shaved twice in an 8 month time period added an extra hurdle to overcome. I have years of atrophy which starts at 2 weeks of inactivity plus 2 years of bone healing from each surgery date ahead of me. By systematically strengthening the muscles and being patient, I am starting to see improvements in the atrophied areas. I've used these 4 steps as a guideline to my physical therapy:

To improve circulation and increase strength in the atrophied muscle. Isometric exercises involve contracting the muscle for a few seconds at a time

Progressing to light resistance such as small hand weights or resistance tubes in order to begin rebuilding your lost muscle mass. Adding resistance gradually to avoid injury or straining .

Slowly progressing to adding more resistance, moderately,  include more heavier free weights and weight machines. Start including more functional movements into your exercise program. For example, squats and step-ups will to build up atrophied quadriceps muscles, as well as bicep curls and overhead presses to strengthen atrophied muscles in the upper body.

Recovering from an injury takes patience, time, proper physical therapy and nutrition. If you do the work, in time you will see the results and be able to come out of it even stronger and healthier!

Posted by Amy Michelle at 6:00 AM No comments: 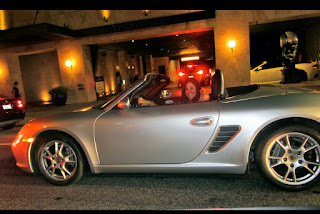 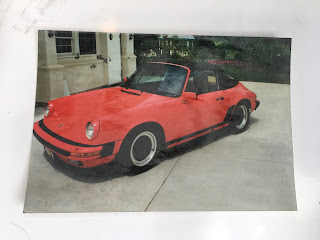 For as far back as I can remember, Porsche has always been in my life. I remember not even being able to see over the dashboard but watching my father really drive and working the gears of his Porsche up the hills to our house. I loved it. It was exhilarating, a feeling like no other when he would shift the gears and in that moment when he lifted the clutch and accelerated you felt the power of this beast engine in the pit of your stomach. I lived for that feeling. 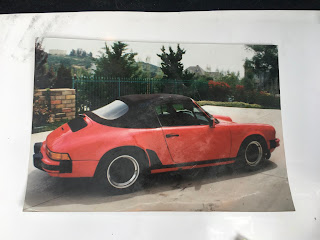 The way the car would just suction to the ground and glide you with precision, impeccable handling for winding terrain. Incredible. I wanted to drive it and I could only dream of one day being able to since my father would never teach me how to drive stick so I wouldn’t touch his cars.  He always had two Porsches, a 1977 silver targa which I will buy one day and he would always have the latest model 911 cab as his other Porsche.

When I was young, 23, in love and stupid I signed for a loan for a car for my boyfriend so he could get out of a high interest loan, 23% wtf, which put the car and loan I signed for upside down, which wasn’t disclosed to me until after signing but not a problem because the love of my life was, of course, going to pay it off and use the money he was saving to help us start a life together. After 2 1/2 years together, I broke up with him. Then a month later I kept getting notices that he didn’t have the proper insurance and they could repo the car. He was doing very well financially because my family helped him connect with business owners we knew who all changed their Mobile carriers to him. I was happy to help him as always and so was my family. He would not get financing so we could transfer the car into his name. Instead he parked the car behind my house, sent me the keys and into financial ruins. He went and bought a Ranger Rover with cash 3 weeks later and dumped the car on me to hurt me. The man who wrote me love letters who I did everything to help wanted to destroy me. Wonderful.  Family members jealous of my parents wealth saying who cares, her parents have money. My parents saying, we told you so. No sympathy, just, you got yourself into this. Deal with it.  Get another job. Work harder. I did.

I had a paid off truck I loved and now I’m stuck with an upside down loan on a Mercedes model nobody liked. I had just bought a townhouse as well so this made me dependent on credit and working at a deficit. I decided if I was going to be paying such a hug car payment I might as well be driving something I’ve always dreamed of, a sports car.

I test drove a corvette because I was 26, yes it took me 2 years to decide to sell my truck and rebellious about going outside the box of Porsche. I started working out a deal on the anniversary edition Z28 Corvette because they were willing to eat a big part of the upside down loan but my father begged me to go test drive the Boxster just to see.  I said it wasn’t a real Porsche and because I didn’t drive stick I thought a tiptronic Porsche wouldn’t have the same drive his did. He said I’d regret a corvette and I’d know it from testing driving the Boxster. I reluctantly agreed to test drive it.

From the minute I opened the door and smelled that Porsche smell. You know it if you know. I was immediately taken back to being that little girl who couldn’t see over the dashboard but could feel every inch of the road because of the Porsche performance and handling. I started the car and I fell in love with her. Every time I step on the gas in my Boxster I fall in love, like Motown Song love in the pit of my heart.  So deep.

I sold my beloved Truck, something I’m still a little shook over because my Nissan Frontier Crew Cab was a delight but it was one of my many sacrifices and consequences for signing the loan and falling in love with a vengeful person.  This car, my Porsche. The Porsche I always dreamed of was going to be what set me free from such heartbreak from my first real relationship.   Eventually I had to declare bankruptcy because of the hole he got me in and the writers strike of 2008 killing my income but through it, I was able to keep my Porsche because no matter what, I made that payment to the very last one because I would do anything to be lucky enough to start my day with starting that engine and feeling that love deep in the pit of my heart every time I accelerate. When I’m doing 155 mph on a desolate road and the car just suctions itself to the ground and the horsepower and aerodynamics of the car makes you feel like you’re floating in time in complete control of this powerful fast machine with nothing but good feelings, happiness and adrenaline pumping through your veins. True pure happiness in every fiber of your being. It’s as if you and the car are making love with the road.

I’ve had boyfriends tell me that I love my car more than them and the truth is I do. It’s taken me years to recover from the consequences of my mistakes and it’s all worked out. I learned my lessons and most people who know me have no idea I even went through that because I never talked about it publicly I just work hard to overcome it all BUT through it all the happiness as I call her, is more than just a car. We have a relationship because every Porsche has a personality and you know capabilities  and whistles especially being a mid engine car. If you do a 90 degree turn at 90, you can fishtail it. I’ve had literally nothing but happiness from her. i always have her fine tuned, especially when you take her on long drives. I’ve driven from California to Colorado in her multiple times and the performance and handling of the car along with the scenery was like living in a dream.

A Porsche really isn’t just a car. It’s a way of life. It’s hard to even look at other cars because there’s just this spell put over you and you live to drive it. Porsche. Everyday incredible. 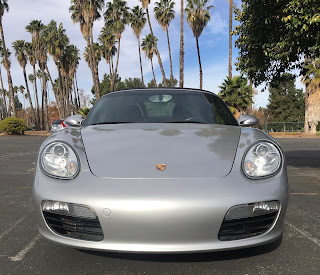 Posted by Amy Michelle at 10:12 PM No comments: