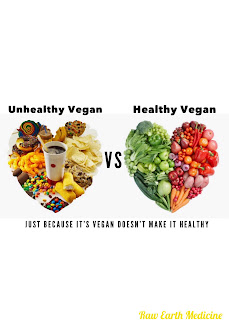 RANT: Its been a mix of emotions as I watch the rise in plantbased restaurants and people opening their minds up to cutting out animal products from their diet! .
.
It’s wonderful to see groups like @physicianscommittee who are doctors educating people about the negative affects of animal products on our health while giving great healthy plant based whole food recipes and meal plans. .
.
Then there is the other side with @vegnews  @eatdrinkvegan @gmweho @thekindsage @vegfestla  boasting mostly fried, junky, sugary and overly processed foods as the prime example of vegan foods. These festivals and restaurants have only a few examples of whole natural unprocessed healthy plantbased options. .
.
While I understand that there are people who are only vegan for the ethical treatment of animals but the animal they’re forgetting to care about is Humans. Eating fried, fatty and processed foods with chemicals in them is so harmful for our health and leads to so many diseases that being  plantbased should protect you from developing but instead they’re creating dishes just as bad as eating animal products. .
.
I think it would be wonderful if there could be a balance between the two but it seems that most restaurants and festivals are more inclined to serve oily, fried, fatty and processed foods to appeal to the masses instead of creating vegan meals that are prepared in a healthy way for the ethical treatment of the human body!
.
.